Dr. Thomas Alt is the co-founder and CEO of metaio GmbH in Munich/Germany and San Francisco/USA. metaio is the leading provider of Augmented Reality systems. Incorporated in 2003, Metaio´s operations employ approximately 75 people and is headquartered in Munich, Germany. The company has managed to fund its operations through revenues obtained from various major companies including Daimler, Volkswagen, LEGO and Siemens and currently has no external capital base. Previous to his engagement with metaio, Thomas Alt was working in the Central Manufacturing Department of Volkswagen AG in Wolfsburg/Germany. Thomas Alt holds a Master of Mechanical Engineering from the Technical University of Munich/Germany as well as a PhD. from the University of Magdeburg/Germany. 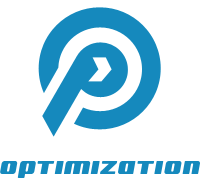